because i believe in the freedom of speech 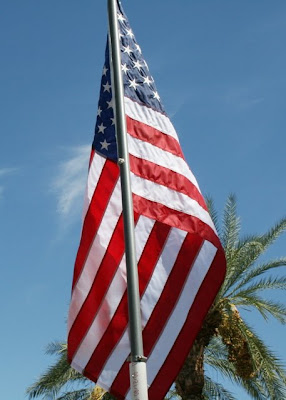 this blog is about me.

{in lowercase} about my little life.

i am so grateful to live in a country

where i can express my angie-self.

i am so grateful to live in a country

where i have a voice.

because i believe in the freedom of speech, i have decided to post my concerns & feelings about our current america.

i am a lover, not a fighter.

but right now, i feel it necessary & appropriate to stand up for what i believe in.

i want there to be no question the principles and values i stand for.


i have dear friends, family, and acquaintances that disagree with me on political issues and that’s totally okay. everyone is entitled to their own beliefs! we can still love & appreciate one another.

i think it’s essential to remember that just because someone has a different opinion & concerns, doesn’t automatically make them intolerant, small-minded, a hater, a racist, uneducated, or unkind.

well, on that day in november i was feeling hopeful. i was cautiously optimistic when a man, who seemed to have {very} different ideas than me, was voted into office. i celebrated with as wonderful history was made & change was promised.

and now, on this day in september, i am still feeling hopeful. but i have real concerns about the “change” that is coming to pass.

i respect president obama for the office in which he holds & child of God that he is. i think he is a very articulate, smart, capable person. i just have a hard time trusting him & his administration based on the decisions that have been made, the company that they keep, and the issues that are currently on the table.

i believe that the problems we are facing with this administration have been a long time comin’. i would agree that passed administrations [including bush] have made mistakes too.

but i also [know] that there is a better way to fix what is broken than to,

so: because the federal government works for me [and you!], i have decided to stand up for the things i believe in.

along with my awesome dad & a group of other concerned arizonans. 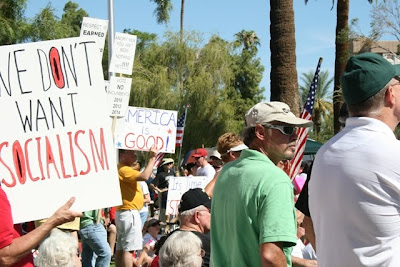 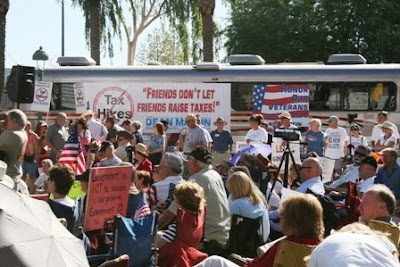 *i took a stand against the healthcare bill in it’s current form.

*i took a stand against the excessive spending in Washingtion.

*i took a stand against cap and trade.

*i took a stand against tax increases in a struggling economy.

*i took a stand against the shady czars working with the president.

*i took a stand against big government.

*i took a stand for the principles & values that I hold dear.

*i took a stand in defending the constitution.

*i took a stand for freedom. 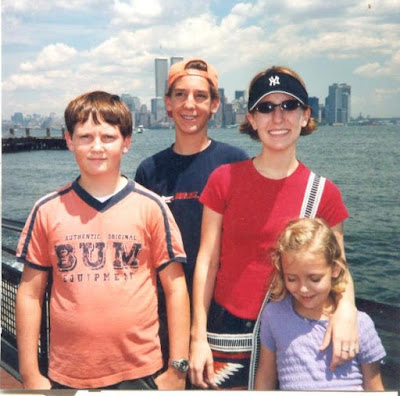 i had no idea that within a year, the twin towers i visited would be there no longer.

on september 11th, 2001 there was great tragedy here in one that i pray never repeats itself. it was through that experience that i gained an even deeper testimony of freedom & appreciation for liberty. i saw a country that was hurting & scared, come together & be strong.

such memories inspire the guts out of me to cling to my belief that this country is unstoppable & that we ALL have a voice!

i am not some "right-wing-nut-job."

i am just a momma who wants her babies to enjoy freedom.

i am grateful to a God in heaven who blessed me to live in such an awesome country.

i believe he also blessed each of us with a heart to discern and a voice to be heard.

so, to my government, with my voice,

don’t tread on me. 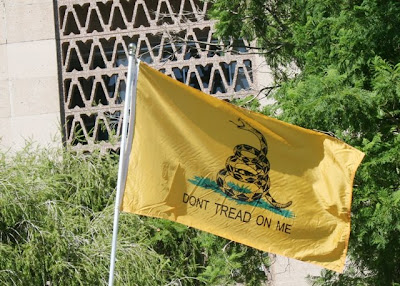 Posted by angiedunn at 6:01 PM

You're an inspiration! Thanks for sharing your thoughts! You are very well-spoken!

you know what's great?
what's great is that you {at half my age} can say exactly what i feel {twice as well}.
amen, sistah.

Thanks for sharing Angie. It feels good to say how you feel, doesn't it? That really is a precious, precious privilege we have.

You are amazing. Many of us have thought those very things, but you actually put your thoughts into words! I pray that this "change" we are going through can result in good...

Very well put! You said it all perfectly.

What you said gave me the chills...it's so very true. You are a great example to me. Thanks Ang...you are awesome!!

What a great picture of you and your siblings, and with the towers in the back, how sad....
Even though we disagree on politics, we agree on so many things! That we live in a country where we can have totally different political views and can express them when and how we want is wonderful, and truly American to do so. As always, I love your writing.

Thanks for the comments we feel the same way. We all need to take a stand!

Thanks for the comments we feel the same way. We all need to take a stand!

Freedom of speech is a wonderful thang!

What a wonderful post and I couldn't agree with you more!!

Call me pregnant...but this post totally brought tears to my eyes. I couldn't have said it better...those are my feelings exactly. Thank you for putting it into words that I never could. Love you Ang...your voice is being heard!

very well stated ang you are very articulate yourself!

Hear hear. A thousand times over.

Beautifully said........you put into words my feelings and apparantly a lot of others....you are so amazing......thank you for using your freedom of speech and writing this post {in lower case} l♥ve it!!!!!!!!

very well put! thank you for such a great post angie.

(Where'd you get that rockin' flag?)

whoo-Hoo you go girly girl!!! Rock this country up a bit! :)
Good for you!
well said.
Amen!

AMEN, sistah!!! With you all the way on this one!

Angie,
Beautifully and articulately put!
I am proud of you.
xoxo

even TIGHTER pic in NYC!