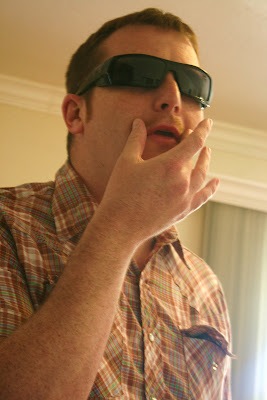 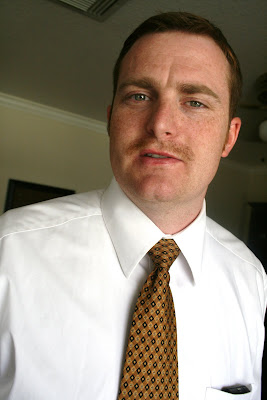 why he thinks such shenanigans are humorous, i will never know.
Posted by angiedunn at 8:57 PM

omg same with my husband! he gets the itch every september/october to grow one out...and he somehow manages to grow one more gnarly and disgusting than the year before. in fact, i got him the same shirt you got your hubs; "my mustache brings all the girls to the yard" because of his weird mustache fetish. it's funny for a few days. weeks at a time...not so much :)

I noticed that yesterday......must be a guy thing. Just humor him...it will pass!!

Benson does the same - totally creeepy

hahahaha
eric wants to grow one too.
i blame myron...